Creator: Dae-Ho Eom
Announcement: August 15, 2008
Fantaga is anew music format created by Dae-Ho Eom, a combination of Italian Fugaand English Fantasy.
It was first used in 2008 in Dae-Ho Eom's work "12 Violin Fantaga".
In rebuttal of Fuga's completeness, fuga overemphasized unity.
As a result, the development section had many limitations in order to balance it with the presented subject matter.
As a result, the style of minority composers became standard.
In other words, it has gone far from diversity.
But until Fantaga was released, Fuga excelled in the unity and balance of the song.
It has been the best music format for hundreds of years.
Fantaga is a new music format that completely improves the part that was not satisfied with the previous one.
In the development part after the presentation part, as well as the existing Fuga style, music with free form is included.
It is similar to Fantasy in this respect.
The composer can also transform the presented subject matter. It also includes completely new pieces of music.
When changing the subject, the unity of the whole song is emphasized, but it was not necessary.
In the 12 Violin Fantaga, jazz style, theme and variation style, rhythmic transformation, folk music, chromatic style, cadenza, improvisation, etc.
Various elements of modern music were used.
This expanded the expandability of the existing Fuga, and also maintained the balance and unity of the entire song by using CODA in the reproduction section and some songs.
That is, it has the appropriate difficulty level. It doesn't feel too difficult for the public.
Dae-Ho Eom, who respects J.S Bach, borrows the form of J.S Bach's 24 Prelude and Fugue from 12 Violin Fantaga.
Simplified.
12 Violin Fantaga starts with No.1 "G moll". The reason Dae-Ho Eom chose G moll was that it was most similar to human life.
Songs that started from G moll go up 4 degrees and end at No.12 "D moll". So number 12 is called "Funeral Fantaga".
Each song must contain a related major.
So, Fantaga, which does not require 24 songs and can be used in all compositions, proved in 12 Violin Fantaga.
J.S Bach's 24 Prelude and Fugue has been fully interpreted as Dae-Ho Eom's 12 Violin Fantaga.
Below are the compositions of each of the 12 Violin Fantaga.
12 Violin Fantaga
No.1 Allegro non troppo
G moll - Bb - G moll
No.2 Allegro
C moll - Eb - C moll
No.3 Allegro - Largo
F moll - Ab - F moll
No.4 Grave largetto
B moll - Db - B moll
No.5 Larghetto espressivo (Theme & 6 Variation), with cadenza
Eb moll - Gb -Eb moll
No.6 Allegro quieto
G# moll - B - G# moll
No.7 Allegro brillante (Theme & 5 Variation)
C# moll - E - C# moll
No.8 Allegro con ardore
F# moll - A - F# moll
No.9 Moderato con expressivo
B moll - D - B moll
No.10 Allegro con expressivo
E moll -G - E moll
No.11 Allegro classically
A moll - C - A moll
No.12 Largo "Funeral Fantaga"
D moll - F - d moll

Album jacket at the time of presentation (2008) 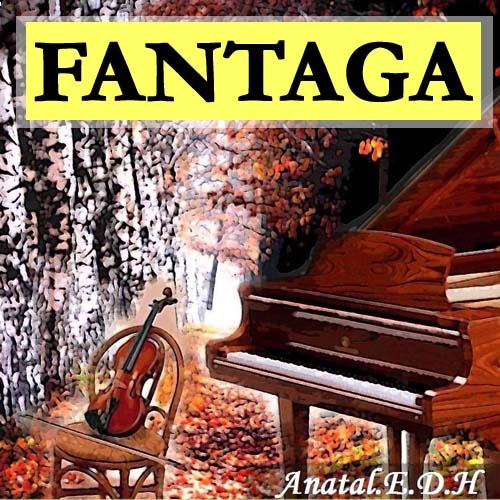 This CD jacket is the work of evangelist Kwang-Il Park , who was sent as a missionary in Kazatzstan at the time.